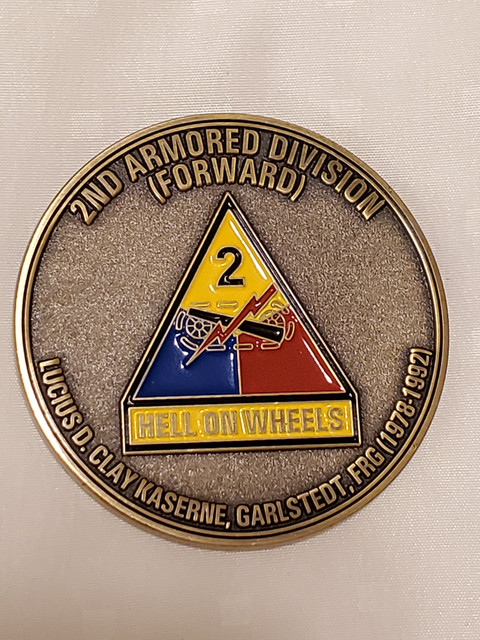 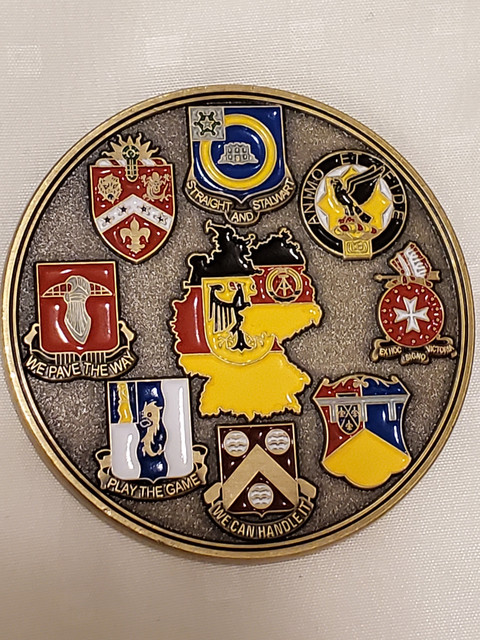 Through its locator and reunion activities, the Organization will create an environment conducive to reestablishing and maintaining foxhole friendships made in 2nd Armored Division (Forward) units and will conduct outreach and maintain liaison with its counterpart, the 2nd Armored Division Association, to perpetuate our shared and common heritage.

The hope is that such a marker would celebrate the division (Fwd) in its service in NORTHAG, FRG from 1975 to 1993 and its deactivation. Further, inclusive of this would be an aspect of the monument commemorating the unit's service during the Persian Gulf War.

To the greatest degree possible, the monument group would like to solicit the involvement and participation of the Association and its membership, culminating in a marker that will highlight the service of "Hell on Wheels" soldiers in a worthy chapter of the 2nd Armored Division's history.

Join us in celebrating the legacy of Iron Deuce Warriors. Your donations will benefit the cause of establishing a monument to honor the soldiers of the 2nd Armored Division (Fwd). We appreciate your contributions.